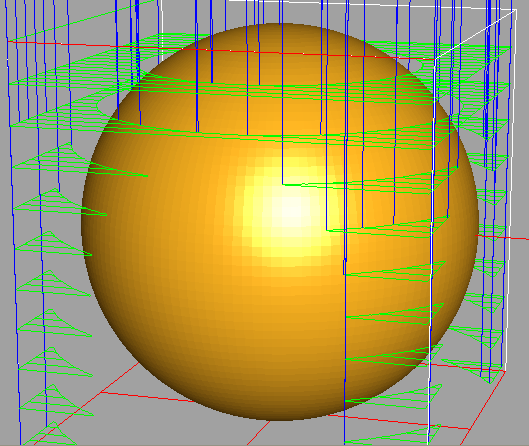 It worked so well, given that it’s new code, that the first thing I did when I checked into the hotel was to backup the code online to make sure I won’t loose it. Once I came up with a strategy for how to implement it the code came together more quickly than I could have hoped.

The new code has eliminated all air cutting that existed before and replaced it with a zig-zag pocket algorithm that is much more efficient. The outlines of the pockets and islands are cut prior to the fill area and are always ordered to climb cut for consistency. This code can be ported to the waterline machining after it’s been tested more since the ability to define the cutting direction of a waterline pass has been a frequent request.

I’ve got a little more code to write to ensure that all of the internals setting remain consistent no matter what settings are chosen by the user but it’s nearly there. I would expect a release within a week or so.

I’ve got some additional ideas about how to make it better but I’m going to keep those to myself and see what everyone thinks first.

Also, as I’ve been reviewing the UI for the roughing section I’ve realized that I probably shouldn’t have put a spindle direction option there. The vast majority of people use right-hand tools so there’s no need to clutter the page with a rarely-used option. It will likely be removed in the next release.